Q My live-in boyfriend left to be with another woman. He’s back, but he wants to continue to be around “their” friends in an online game we both played. I find this disturbing as he says he had no intention of cheating, and it all happened so fast he can’t say why he did it.

I do not want to lose him, but I can’t see this as healthy for our “struggling to rebuild” relationship.  I am working on making changes in myself so he will not want to go outside the relationship again.  I notice the more I try to change, the more he expects me to change.  He has not made one change for me other than not being in direct contact with this woman. 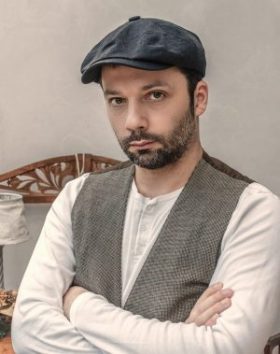 He did say once I regained trust he would like to be friends with her as she has shown him how to make new friends.  He wants to stay in the game, but claims he isn’t planning on letting it escalate again.  We’ve been to a counselor twice and are trying to work through this.  After we went today he approached me about not speaking to her, yet not logging out when she is on.

I told him I am not comfortable with this.  Am I being unreasonable?  I know tonight will be miserable with him being hurt at my lack of trust.  At first he acknowledged he left of his own free will, and now it is reverting to me being guilty of driving him to her.  There is a constant battle of flipping the guilt off him and onto me.

A Kristin, there is a basic distinction between guilt and shame. Guilt is something imposed on us from without. Guilt is the mark of a controller and manipulator. Whenever someone tries to make you feel guilty, you can be sure that person is trying to manipulate you for their own end.

Shame is something which rises from within us.  We have done something wrong and so we are ashamed.  We have learned our lesson.  We resolve not to do it again.  Unlike guilt, shame is a healthy emotion.  Your boyfriend feels no shame, but he sees guilt as a tool with which to control you.

He’s should be doing what it takes to earn your trust. He’s turned it around on you, “He did say once I regained trust he would like to be friends with her…”

A Carly Simon song says, “Whoever you want is exactly who I am willing to be.”  That advice never works for a woman.  It’s an invitation to a man to degrade her because a man can never respect such a woman.  If a man does not hold a woman on a pedestal of respect, there is no future in the relationship for the woman.

Your partner is supposed to watch your back, not stab you there.  If you let this man manipulate you, one morning he will wake up and think you are not good enough for him.  He will see another woman as his prize, and you will be expendable.

Q I had a close friend that I connected with unlike anyone else. After he mentioned his online webpage one night, I followed up with an e-mail asking when he would add me to his list of friends. His reply was a vicious message confirming he kept me separate from his other friends. He said I was “unhealthy” to ask to be included on the list.

I felt like a leper.  He went weird on me after a lovely time where we could talk about anything.  Now I have anxiety about leaving my house since his world and my world are the same place.  I sent him an e-mail asking for an explanation, respect, sensitivity, anything—and was ignored.

This could have ended with me being upset after a respectful explanation, yet he chose a traumatic reply.  I’ve been to counseling and was told to confront this man as his behavior is strange and deserves explanation.  But my message was ignored, and now I feel a sense of shame.  How do I get answers from such an illogical situation?

A friendship is no more than an invitation to trade.  It is not a guarantee of anything.  A relationship ending badly is common, and the injured party often seeks an answer.  If you wanted to end your relationship with this man, you might count on the right not to explain yourself.  But with the shoe on the other foot, you demand an explanation.

All you need now is the ability to pass this man in a hallway without feeling embarrassed.  That is something within the limits of what counseling can do.