A Matter Of Semantics

Q I recently broke up with my girlfriend of three and a half years. We met at university and had a close, trusting relationship. When we finished school, I moved back to London and she moved to Northern Ireland. Since I’ve had bad experiences with long distance relationships, I said we should split up but remain friends. 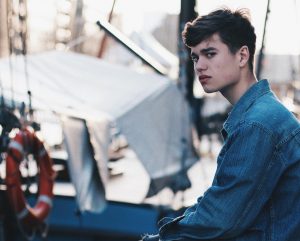 I was told it was all or nothing.  If we split up, she said, we would not remain friends.  Being soft, I didn’t stick to my decision, and we continued to see each other over the long distance.  I requested, if we grew apart, we should discuss matters and formally break up before we met anyone else.  She agreed.

A month or two before Christmas, the regular phone calls became few and far between and the conversation drier.  I asked if everything was okay.  I said I didn’t mind if it wasn’t, we could split up.  She denied there were any issues.  This led me to believe we could make a real go of things on her Christmas visit.

Two days before her flight I received a phone call where she basically announced we were over and said she had been seeing another guy for several weeks.  On one crucial point, we agreed to disagree.  I believe she had serious time with this new guy before informing me.  I see that as cheating, and I am angry she betrayed my trust.

She thinks since we were over ages ago, it was not cheating.  In one conversation, she said, “I thought if I stopped calling you, you might get the idea.”

Is this cheating or not?  Everyone I’ve asked so far says she is looking at the situation from a convenient perspective.  Despite all this, we have been talking nicely on the phone, and while part of me would like to be friends with her, she apparently has some very strange morals.

A Barry, you’ve fallen on the sword you forged, wounded by the girl you tried to dump. There’s poetic justice in that, but at the moment, the irony escapes you.

Like lots of people, you were in a relationship which owed as much to circumstance as anything else.  You were in school together.  With school ending, you realized your connection was not greater than the distance.  You were not deeply in love.  A cracker is good enough when you have nothing to eat, but it isn’t good enough for Christmas dinner.

Now she’s rearranging history, and the breakup turns out to be by mutual agreement.  But her version of events doesn’t matter.  Perhaps she is untrustworthy, but you’ve reinforced her behavior in thinking she can make threats to get her way.  Your actions may also cause you to look upon other women with suspicion.

There is a lesson to be learned here as valuable as any you learned at university, and that lesson won’t be learned by quibbling over semantics.

You have to be the force behind your own life.  It means not giving in to threats, blackmail, or ultimatums. When you don’t standby your convictions, the other person will run them and you over.