Not the Whole Truth

Not the Whole Truth 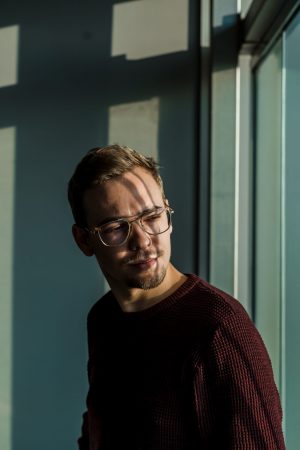 To make this as short as possible, I will summarize the last six years.

My current girlfriend cheated on me with her ex and got pregnant. Though she denied everything, I knew she betrayed me. We briefly broke up, then tried again because there was a slim possibility I was the father. A DNA test proved the child was not mine, so we went our separate ways.

Half a year later, she called to apologize and asked to be friends. I was reluctant, but holding a grudge made me feel terrible inside. It took time, but I forgave her because I felt her apology was sincere. It took years before she finally admitted to everything she had done. It hurt to hear the details, but I needed to know it all.

Now she says she is ready to get married and be a family, but I’m hesitant.

Neither of us is that young anymore, and I don’t have children of my own. Being a husband and father is something I’ve wanted since I was little. I believe she is sorry, but deep down I think it’s because she got caught and the real father turned out to be what everyone told her he was.

He has children by multiple women, cares for none of them, and is in and out of jail. In the end she’s just another “baby momma.” She often complains she gets no help raising the child from him or his family.

She says she loves me and swears she will never do anything to hurt me again. She told me she slept with him out of pity, but considering how they ended up in bed, I don’t buy it. As she complains about him, I think to myself she cheated on me with this man multiple times while telling me I was the only one.

Even while she was pregnant she continued to be with him while telling me I was the father. Only when things blew up in her face did she tell me the truth.

This is the situation we find ourselves in, and it’s one I willingly came back into, so I can’t completely blame her. But I feel like, “I’m good enough to raise your child but not good enough to have a child with.”

She was my first everything. Maybe I’m just in love with the idea of us being a family and that’s clouding my judgment.

Allan, she called to apologize because her baby daddy is irresponsible. It cost her nothing to call you, and she knew it might be her way out of the jam she created.

Even after her “apology” she continued to gaslight you by not admitting what she did. An apology from people without morals means nothing.

You didn’t come back to her willingly. She contacted you because she was in a tight spot. A wedding would reward her bad behavior. A marriage would only prove to her she can do no wrong and get away with anything.

If you marry, not only will you see the woman who gaslighted you and cheated on you, you will be parenting the tangible evidence of her betrayal.

You want a home, a wife, and a family; you wrote us because you know this is not that.