The Straw the Broke the Camel's Back - Page 2

Q On holiday in Spain recently, I picked up a newspaper and read your column. The advice you gave and how you gave it sounded good, so I hope you don't mind me writing. I hope you will reply, even though I live in the United Kingdom.

A year ago I was very much looking forward to celebrating with my husband, our Silver Wedding Anniversary.  My mom would make a cake and a friend was going to ice it.  The event was becoming a talking point.  Sadly, it never came into fruition. 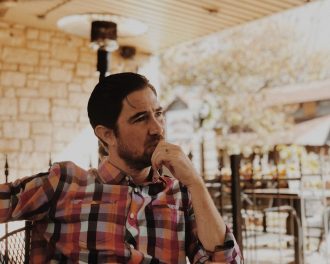 In mid-September, after my daughter and I returned from a shopping expedition, my husband sat me down and said he needed to talk to me.  He said we had been married 25 years with many highs and lows.  He said he did not feel the same way about things anymore, did not love me in a way he once did, and did not see me in his future.

He went on to say he wanted to spend time apart to see how we got on.  It turned out he had a flat ready to move into and the car was packed.  Twenty minutes later, he was out the door.

The time apart became permanent.  He said thoughts had been burrowing in his head for several years and he was unhappy.  I was completely devastated but had the strength to pick myself up and carry on.  I have wonderful friend support, and my family and two daughters have been marvelous.

Often people await announcements of separation, but ours shocked everybody.  I’ve had people tell me all sorts of theories–midlife crisis, reliving his youth, he’s a selfish coward, to name but three.  He wants another relationship.  He is with his second new lady since he left.  Can you air any thoughts on the matter?  His behavior was out of character, but he said he’s been putting on a front.

A Joan, it’s not like your husband walked into an automobile showroom, went crazy over a red sports car, and bought the Ferrari on impulse. He thought this all out; his was not a spur of the moment decision. He knows himself well enough to know he couldn’t allow you or anyone else a chance to cajole, confer, or reason him out of his conclusion.

Not everything has to be some big kind of psychological hoopla.  His actions don’t necessarily imply midlife crisis, reliving his youth, or fear of death.  In fact, they sound more like a planned retirement.  A person feels he’s been living a fake life, and thinks, “If I don’t do this now, I never will.”  The children were nearly grown, he’s no longer concerned what his in-laws think, and he’s not worried about his financial future.

Imagine two women, one with children and one without.  The first woman habitually asks her friend to baby sit the children.  The friend’s response is always “that’s what friends are for,” until that one day she explodes in anger or puts her house up for sale and moves away.

Your husband sounds like a weak man who felt others were directing his life, even though no one told him what to do.  What you thought was amiability and thoughtfulness on his part may have been merely hiding this weakness.  He felt like a silent martyr to the expectations of others.

The person who was supposed to love you was pretending.  That’s on him, not on you.  He never told you.  Perhaps in the very beginning, after so many months of dating, he felt he would be a cad if he didn’t marry you.  Perhaps he felt both families were expecting a wedding.  Or perhaps he simply felt it was time for him to get married.

You will never know the exact reason, but the silver wedding anniversary was the straw that broke his camel’s back.  And you didn’t even know he had a camel.