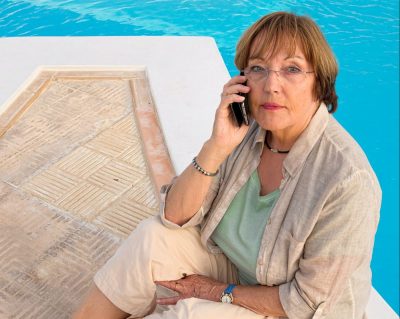 My wife of 13 years had a long affair with the bass player in her band. I found out in February. We have a young daughter and other children I gave birth to that she helped me to raise. They are late teens and early adults.

Previously, she cheated with at least two other people, early in the marriage, and I forgave her.

I actually thought we were happy. We were still having sex and falling asleep holding hands. On Valentine’s Day she told me she loved me. The following Wednesday she said she wanted a divorce. This time, she left me for a woman who is married.

We are in the divorce process now. I am a minister and we are well-known in the community as a long-term lesbian couple. I am struggling financially because she was the primary breadwinner.

When people ask, I’ve been telling them what happened. In the beginning, the story leaked out of me with complete strangers. I was a blubbering mess. I discovered she was telling others I was abusive and that is the reason for the divorce. That’s hilarious. I was an abused child and it’s the last thing I would ever do.

Part of me wants to blast her on social media with the proof of what happened. I have hundreds of screen shots, an audio confession, and love letters she wrote to the other woman. (That woman’s husband is FINE with the affair, I spoke to him!)

I feel I am the victim of cruel, made-up excuses, and mutual friends seem to believe her lies. How can I make it clear that she’s a lying, manipulating narcissist without also harming our precious daughter?

I know the internet is “forever,” and I don’t want our youngest googling this one day and learning the details of this nightmare.

My wife is also dating other women, with the girlfriend’s approval. My wife is taking my daughter on dates with these women. It’s nauseating. The little one came home recently and told me, “Mommy took me and a lady to the beach!”

I may have to do an emergency fundraiser to be able to refinance our house out of her name.

Can I publicly defend myself from these lies? Is dignified silence better?

Jill, it doesn’t sound like you are in the middle of a divorce, unless you are trying to do it yourself. If you were in the middle of a legal process, your lawyer would advise you about the disposition of the house, the custody of your child, and what to say or not say.

A lawyer would advise you not to do anything which might affect the outcome of the divorce. If you had a lawyer, your evidence would be in their hands, and if you did not abuse your wife, she would have nothing to give her attorney.

But with or without proof, your friends will decide for themselves who to believe.

The problem with staying with a cheater is they will make a liar of you. If you didn’t tell your friends when she first cheated, your friends will be inclined to believe whichever one of you opens her mouth first.

Two philosophers, Descartes and Spinoza, had something to say about this issue. Descartes claimed when people hear something, they pause and weigh the evidence before deciding what to believe. Spinoza thought that was bosh. He knew that most of the time most people believe the first thing they hear.

Modern psychology agrees with Spinoza. That is why, if you are victimized, you need to get your story out first.

Once people believe something, they won’t want to change their mind. That would mean admitting they were fooled, and most of us don’t want to admit a mistake.

Your other problem is that many people don’t side with the truthful party; they side with the party they perceive as dominant. Your wife understands this perfectly.

When you forgave the first time, you thought the problem was solved forever. But the one who forgives has only decided for themselves. She was not chained to your decision. She found someone else, and now you are the enemy.

You would like to get even, but Spinoza might advise you otherwise. He coined the phrase “Of Human Bondage,” by which he meant that emotions often hold us in chains.

You need to be free of that bondage, and this person. An attorney can help you develop the most levelheaded strategy.