Q My boyfriend and I enjoy a passionate relationship, but we argue about trust and these arguments escalate into fiery confrontations. He reads my e-mail and snoops around my computer, citing Dr. Phil’s assertion there should be total transparency in a relationship. In the interest of transparency, I’ve given him my passwords, but I would prefer to open my own e-mail before he gets into it. 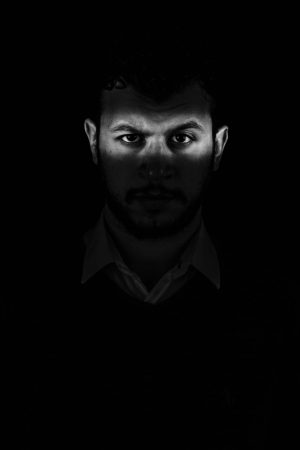 Five years ago I had a close male friend who confessed to being in love with me.  I ended the friendship, but he’s sent e-mails to me since then.  I’ve deleted each one thinking he would tire of pursuing me.  When my boyfriend asked if I’d heard from him, I lied and said no.  If I had said yes, I would have been subjected to a grilling and blamed for “enabling” the situation.

My boyfriend found two e-mails from this old friend in my inbox.  We had a flaming row, and he now says he cannot trust me because I lied.  I suggested he’s never trusted me, borne out by his actions, but he maintains “trust is earned, not given.”  I don’t have anything to hide, but this is really starting to get to me.

A Shelby, in your boyfriend’s mind you are guilty on a daily basis unless you can prove otherwise. People who want to control others often take some current idea from psychology, manners, or religion and twist it to their own advantage. That is what your boyfriend is doing.

He has an opening in his life for a browbeaten woman who can’t even open her own e-mail.  In his heart he wants you to be unworthy.  His problem goes way beyond jealousy.  You can never give in to such a person because that confirms to them they are right.

Q Am I a consolation prize? Prior to dating me my boyfriend was crazy in love with another woman. When they broke up, he was devastated, and they parted on bad terms. They were close friends for seven years, dated for a year, and broke up two years ago.

A few months later she tried to resume a friendship, and only a friendship, with him.  He told her to get lost, and she never contacted him again.  Six months after we started dating I found out he e-mailed her twice.  He told her we were vacationing at their “special place.”  She replied, “Hope you have a good time.”

A month later she e-mailed asking if they could talk.  He e-mailed back he was living with me, had bought a ring, and planned to get engaged.  He also said I didn’t want him to contact her.  She apologized for any misunderstanding and wished him the best of luck with his engagement.

Four months later we ran into his ex at a party.  He introduced me as his fiancée and told her we were engaged.  This was not true.  We were not engaged, but I played along with it.  He was obviously flustered seeing her, but she congratulated us.

I was furious with how upset he was.  He assured me he loved only me and said he e-mailed her about our “engagement” in hopes she would stop contacting him.  I know this isn’t true.  I know he contacted her first, when we were on vacation.  He showed me the e-mail, and it seemed spiteful.  Sort of, “Ha, ha, I am getting married.”

I also never told him he couldn’t contact her.  We never even discussed it.  Recently, two weeks before his 40th birthday, we got engaged.  I am 23.  I am upset he contacted her at all and lied about us being engaged before we actually were.  Am I overreacting?

A Diana, you're not overreacting. The only thing you left out of your letter is how old the other woman is. What you described sounds like an old movie plot: a man tries to win back his true love by using a younger woman to make her jealous.

Your fiancé’s lie needs to be undone.  The lie is he is no longer interested in this woman.  If you don’t confront this issue because you fear it will end your chance for marriage, it will become the issue which haunts the marriage.

He’s made you an accomplice in lies.  Your fears are justified.  Why?  Because there were three people involved in your engagement–him, this other woman, and then, finally, you.