Q I have been in a relationship with this guy for almost two years. After a couple of months, he made a suggestion that we should let each other know about our whereabouts and ask permission to do certain stuff. He doesn't like me wearing any makeup or exposing my body too much, and for most of our relationship I obeyed him. 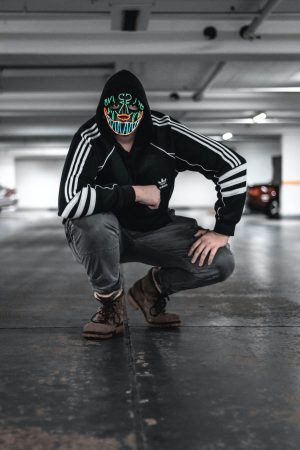 I know he loves me because I really feel it whenever he is around, but there is a problem with his attitude.  We had a fight a few months back and he hit me.  After some time the problem was solved and we were back on track.  Now a few days ago we had another fight and he dug his fingernails into my wrist.  At that point I got really angry and ended the relationship.

I know there may be another violent situation, then another and another until something bad happens.  After our separation he called my friend, and they were talking.  When she popped the big question and asked how he could do something like that, he was like…when he really loves someone and they do something bad to him, or get him mad, he could even kill them!

Personally I think this is totally ridiculous, but do you think there should be any considerations on whether I should speak to him and see if he could change, or should I go on with my life?

A Edie, when we read your letter we couldn't stop hearing the words "Come into my parlor, said the spider to the fly." This isn't even a close call. You were involved with a controlling man with a temper, a man who assaulted you, a man who says he could kill someone he "loves." This is where the Run-Girl-Run alarm should clang in your head.

When a woman becomes involved with a brutish man, it is not usually because it started that way.  In the beginning she was offered love, the lure which gives him the power he craves.  A good book explaining the process is “Dragonslippers” by Rosalind B. Penfold, and the website hotpeachpages.net lists organizations to help women in these relationships.

We strongly recommend ending all contact with this man.  You can’t change him, but you can get hurt trying.  If you are tempted to go back, please remember these lines from Mary Howitt’s poem.  “The spider turned him round about and went into his den, for well he knew the silly fly would soon come back again.”

Read another Q & A