Q I am a 19-year-old college freshman who has never been married. I am actually dating my first boyfriend, but that is by choice, because I never wanted to be a part of the high school drama scene. I wanted a mature relationship that transcended all that.

However, I seem to have gotten myself far too deeply into something I am not ready for.  I have been dating my boyfriend for almost three months.  He’s 21, and we get along wonderfully.  I am not his first girlfriend, but the first girlfriend he ”really wanted.” 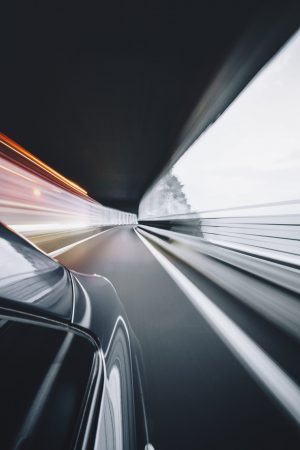 Just a few days into our relationship, he told me he loved me, and kept saying it, though I never responded in kind.  After four weeks, I did finally tell him I loved him.  I thought I meant this.  However, since then, he’s come to mention quite often plans for the future.  Plans such as marriage after we both finish college, children, names for those children, and more.

I am not ready for this.  I cannot definitely say I want to spend the rest of my life with him, though he is completely enamored with me.  I’m also worried, because I have not known how to respond, and in saying nothing, I believe he has read my assent.

I am truly scared I’ve led him on.  This is not something I can accept of myself, since I honestly do care for him.  I don’t want to hurt him, but I will continue to lead him on if I don’t say anything.

A Bobbi, ancient artists drawing on cave walls didn’t sign their work. They couldn’t because they didn’t have a written language. Instead they put their hand against the cave wall, took color in their mouth, and blew. The outline of their hand is the mark they left for us.

Lovers also leave a mark—on each other.  When your boyfriend said “I love you,” he put his mark on you.  When you said it back to him, you put your mark on him, even though you had your doubts.  The problem with marks is, if love isn’t there on both sides, then the relationship has missed the mark.

In sociology there is a term called the “norm of social reciprocity.”  That simply means we feel obligated to give back to others what they give to us.   It’s called a norm because if we violate it, if we don’t give back, we feel we have done something wrong.

When social reciprocity involves sharing or being polite, there is nothing wrong with it.  But it has a dark side.  It can be used to take advantage of us.  When your boyfriend kept saying “I love you,” it created the expectation that you had to say it back to him.  Eventually you succumbed.

“I love you” is also an implied promise.  It says I will behave in certain ways toward you, now and in the future.  Since people are supposed to stick to promises, you feel bad about pulling back now.  But if you don’t, you will grow weaker as a person, and farther from your true feelings.

You went to college to learn things, and one of the most valuable things you can learn is how to say no.  You have a chance, through your education, to secure your future.  That is an opportunity many young women don’t have.  So grab that brass ring and put it in your pocket, knowing that economic freedom gives a woman the power to make wise decisions all of her life.

One of the marks of maturity is the ability to do the right thing, even though it is a hard thing.  We totally understand not wanting to trifle with another, but if your boyfriend has moved too far forward, that’s on him.  The norm of social reciprocity is no substitute for the mark of genuine love.