Raised by a drunk parent - letters from children - page 3

Q I was raised in an alcoholic household. My dad drank and my mother was on antidepressants. I am currently seeking a divorce from my husband of 20 years. Why? Because he is an alcoholic. I decided to leave him in an effort to save my children first and then myself. I understand that I cannot save him. 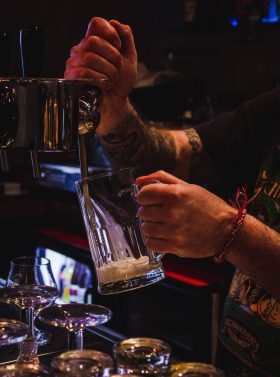 Two years ago I began an affair with a married man.  I should mention he is also an alcoholic.  Our affair ended last February when he decided he needed to clean up his life and get his drinking under control for his children.  However, he still drinks as much now as he did then.

I am just beginning to come to terms with being an adult child of an alcoholic, so I understand this is a pattern from my upbringing.  Please tell me how to make it stop?  I would like to eventually remarry, if I can find a man who isn’t an alcoholic, but I’m not sure I can.

A Shannon, in 1971 psychologist Phil Zimbardo conducted a famous experiment. He recruited a group of college students, who wanted to make a few extra dollars in the summertime, to become inmates and guards in a mock prison. Zimbardo screened his volunteers to make sure they were normal and stable, then randomly assigned them as either an inmate or a guard.

Though the experiment began realistically–would-be inmates were arrested by actual police officers–prisoners and guards alike took it as a lark on the first day.  By the sixth day, however, the experiment was terminated because the guards were turning sadistic and the prisoners were beginning to break down emotionally.

Zimbardo hoped to inquire into the psychology of prison life, but the experiment led him to consider a deeper question.  Do people misbehave because they are bad people, or because they are good people caught in a situation which brings out bad behavior.  In other words, is it a matter of bad apples or bad barrels?

The term “adult child of an alcoholic” is a sanitary term which obscures reality and obscures principles.  Kids growing up with an alcoholic learn helplessness and hopelessness.  Usually the only thing they can do about their situation is to turn inward.

Where do you park your mind while living in the midst of door slamming, angry arguments, or rambling conversations which make no sense?  Growing up with an alcoholic is like having an endless conversation with the Mad Hatter.  In time your mind will go somewhere unhealthy.

There are three things we can do when we find ourselves in a bad barrel.  First, get out of the barrel, and get out of the orbit of the people in the barrel.  Until you are out of the barrel, you cannot see what to do next.  Two years ago, for example, you began an affair with a married alcoholic.  That’s the perfect example of a choice which had no capacity to improve your life.

Second, once out of the barrel, realize we need others.  You will want positive interactions, but those take time to develop.  Since they won’t develop immediately, you’ll be tempted to climb back into the barrel.  Negative attention feels better than no attention at all.  It takes courage and faith to resist that impulse.

Finally, seek the right barrel for your children and yourself.  For you there’s a simple test.  Is this new situation, are these new people, anything like the mold I was poured into as a child?