By Any Other Name

Q I hope you can find the time to seriously consider my problem. I was debating not mentioning my age because you may think, she's just a kid. Maybe so, but I'm going through the same thing adults are.

I am 16, 17 soon.  I’ve always been a strong believer in God and abstinence.  I’ve always had the loud voice of conscience in my head.  I get good grades, and I’ve always believed there is no such thing as love in high school.

Things are different now.  I met this guy, a “redneck.”  I never felt a sense of belonging as strong as the one I feel when I’m with him.  We met awhile ago at a nearby river, then he returned to his home in another city.  Later I heard someone in a big black truck was stopping by, but I was never home to see who it was. 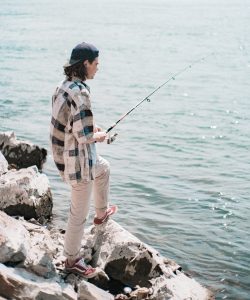 One day I was home.  The truck pulled up, and he asked me to go fishing with him.  I won’t go into huge details, but I had a lot of fun and a couple of beers.  Neither of us wanted the label of boyfriend and girlfriend so we didn’t use it.  He has taken something from me that I cannot take back, however I don’t regret the decision I made.

He may be coming back in a few months, but he will for sure when he graduates in December and works as a mechanic.  He is 17; he wants kids when he is 18 or 19.  I am a very grounded person.  Family and schooling are important to me, but I would consider moving in with him and not going to college.

I don’t need someone to sound like my mom and preach to me.  I need someone to step into my shoes and understand what I am thinking and feeling.  I think I love him.  I don’t know for sure he feels the same way.  He doesn’t like opening up much, and even if he did, how will I know it’s the truth?

He’s not perfect.  I have forgiven him way too many times for things as small as not calling when he said he would, to things as big as full-blown cheating.  But really is it cheating without the label?  I need some good advice.  I hope you’re up to this one.

A Haley, when Benjamin Franklin was 17, he sailed from Boston to Philadelphia. His passage didn't include meals so Ben, a vegetarian, brought his own provisions. When the ship became becalmed, everyone ran out of food. Other passengers threw a line over the side and caught cod. 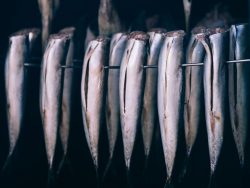 Ben’s vegetarian morals prevented him from eating fish, but his hunger drew him to the side of a cook gutting a cod.  Inside the cod were smaller fish.  Ben changed his mind.  If you can eat one another, he reasoned, then I can eat you.  Later Ben observed how convenient a faculty reason is, since it enables us to make or find a reason for anything we have a mind to do.

Husband and wife, mother and child, best friends, and neighbors are all established relationships.  You are having sex with a young man who doesn’t even call you his girlfriend.  How would you label that?

You’ve found a reason to give up college for a man you cannot trust.  Perhaps you think he’s good-looking, or you think bad boys are hot, or you don’t think you deserve better. His justification may be something you can’t even imagine.  He could think she’s not my girlfriend so I don’t owe her anything, not even respect.

Many women desire to make any man they are intimate with “the one,” in spite of all evidence to the contrary.  It is a pattern which repeats itself again and again.  Ben Franklin’s reason for discarding his beliefs was hunger.   What’s yours?