Clinging to a past relationship - Page 2

A Trick of Memory

Q In the spring of 1998 my husband of 20 years left me and our children. Three months later the legal divorce was a done deal. Seven days after the divorce, he and the woman he left our family for were in a wreck. She was driving, and he went through the windshield. They were stinking drunk, bloody, and injured. 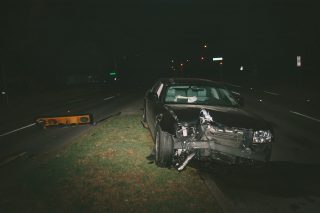 An off-duty police officer was the first person on the scene.  The police officer, first responders, and paramedics could not keep them at the scene until the highway patrol arrived.  My ex-husband and his girlfriend hitchhiked with a stranger to escape being prosecuted for drunk driving and driving without a license.

Roughly 12 hours later my husband decided he was really hurt and went to a chiropractor for an x-ray.  His neck was broken.  They went to a local emergency room, and he was admitted to hospital.  The neurosurgeon told him he was lucky to be alive.  My children and I were not permitted to see him because his girlfriend called security on us at the hospital.

Three months ago I met someone who loves me.  I like and care for him, but I don’t love him.  Should I?  I’m not sure I will ever be able to love anyone the way I love my ex-husband.  Luckily I didn’t ask for financial support from him.  I knew better than to expect anything from him on a regular basis.  There is a card or letter occasionally, but it has been over a year since he has seen his children.

Some days I can’t believe my husband threw away our family for a life of drugs, alcohol, and parties.  Shouldn’t a 43-year-old man know better than this?  My husband was a drunk driver for at least 25 years.  That was the only thing wrong with our marriage.  I have been in therapy, and they said I was better off without him.

I have great kids and a great job to support us comfortably, but the kids and I are still not a “whole” family.  Will we ever feel whole again?  Or can we learn to accept his departure?

A Cindy, come on. You’re not telling the whole truth. Your husband was not just drunk driving for 25 years. He was drunk dating, drunk marrying, and drunk parenting. Your fantasy of a “whole” family has virtually no resemblance to reality.

Your husband isn’t the problem.  He’s gone.  The problem is the way you remember the past.  Your marriage wasn’t the perfect reflection of perfect love.  It was a disaster, held together by extraordinary effort on your part.

You are whole now.  You are taking care of your children and meeting all your responsibilities.  Stop trying to recapture a phantom and move into the future.  You can feel whole again, but first you must let go of the past.