“I just wanted to say thank you for standing up for us, the betrayed spouses. I really thank you for not making it somehow a failure on my part because I cannot forgive AND forget enough to again completely trust someone who has shown himself to be undeserving of that trust.

“I was beginning to think something was wrong with me because, despite the marriage counseling, the better communication skills, my husband’s apologies/professions of love, and what could be classified as a successful reconciliation, I still did not feel our marriage was ‘better than ever.'”

Wayne & Tamara have written a book about cheating, infidelity and adultery. The title of the book is Cheating In A Nutshell. As they say in the preface, there would be no point in writing the book unless it was different from what is already out there. 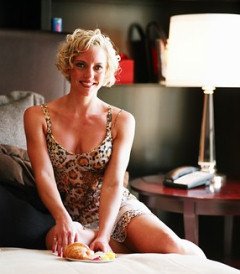 Cheating In A Nutshell is based on the insights gained from reviewing thousands of letters on cheating from 20 years of the Direct Answers newspaper column. From those letters a clear pattern emerges.

What follows is the preface of Cheating In A Nutshell. The book was published September 8, 2019.

From the prepublication reviews:

—I started reading this book a week ago and I couldn’t put it down. Thank you, Wayne & Tamara. This book has helped me so much. I’ve a long way to go but I’m heading in the right direction now.

We never planned on writing an advice column. Twenty years ago, the creative director of one of the largest U.S. newspaper syndicates saw something we wrote and asked us to submit sample columns. Creating those columns lit a flame. It became the first step in a service project which continues to this day.

After a month passed without hearing anything from the syndicate, we distributed the column ourselves. An hour and a half after sending out a few emails, we had our first newspaper. Six weeks later we were in five or six papers in the U.S. and Canada. Two years later the column was in newspapers in twelve countries.

Before long we were straining to answer all the letters we received. The letters came from musicians and chefs, ranchers and housewives, business people, factory workers, and a minister performing weddings, even as he doubted his own marriage would last. Some letters were full of misspellings; others ended with an imposing title and a corporate address.

Over the years, one group of letters stood out, not simply because there were so many of them, but because the writers’ wounds were fresh even when their injury had been inflicted years before. These were the letters from those betrayed by the person they were dating, living with, engaged to or married to.

The letters followed a predictable course. Though our feelings often surprise us, our emotions follow universal patterns. Betrayal feels like betrayal for a reason, and there are reasons it is so hard to forget.

In Cheating in a Nutshell, we retell stories we were told. None of the stories is exceptional; each is typical of the experience. Many times we balance a story with contemporary research, but the book doesn’t depend on that research. Fads and perspectives in social science change, but the experience of being betrayed does not change.

This book is the longer answer we wanted to give each person who wrote us. Before writing the book, we reread over 3,000 cheating letters from the first 10 years of our column. As we wrote we had three groups of people in mind:

Last, let us say, if we have a point of view, it is because the facts point in one direction. We cannot find a way to make the case for a different point of view. In The House on the Strand, a novel by Daphne du Maurier, the main character is a man named Dick Young. At one point Dick says, “Truth is the hardest thing to put across.” We agree, and we would define truth as that which corresponds to facts. Truth is not what we wish to be true or what we would hope to be true. Truth is what corresponds to facts.

Thousands of people wrote us. They had a story to tell. This book is the explanation of that story.